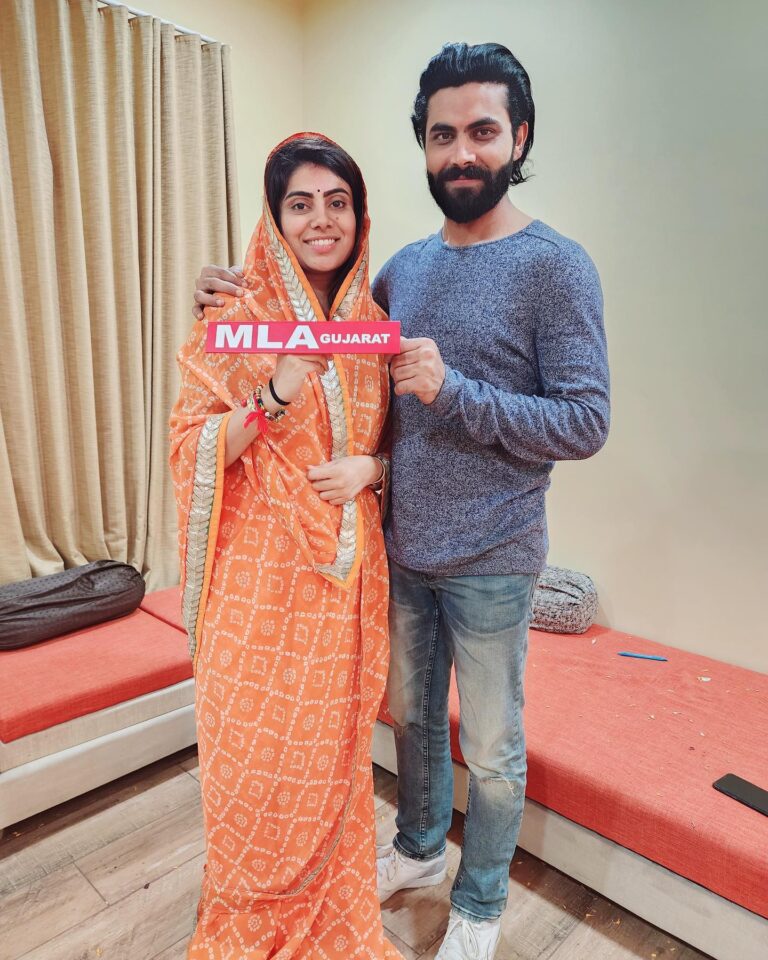 Star all-rounder Ravindra Jadeja has been out of Team India for almost four months. He suffered an injury during the Asia Cup 2022, after which he has not been able to make a comeback.

Meanwhile, the Indian team lost in the Asia Cup, which was discussed a lot, the defeat in the T20 World Cup was discussed more, even before the end of the ongoing ODI series against Bangladesh, Team India got defeated, which people called shameful and fiercely Whip it.

Amidst all this, Jadeja, who was sitting outside, remained in the limelight even without doing anything for Team India and it was because of his wife, Rivaba Jadeja.

Rivaba Jadeja, wife of Ravindra Jadeja, has been fielded by the Bharatiya Janata Party as its candidate from Jamnagar North in the Gujarat Assembly elections.

Of course, she worked hard, went out in public and stayed in the limelight being the wife of a star all-rounder. His popularity made him a strong contender for victory in this election.

Ravindra Jadeja, who is waiting to return from injury, also did his duty as a husband, supported his wife and appealed to the public to vote for her. All these factors made Rivaba Jadeja the winner in the counting of votes held on Thursday.

Rivaba Jadeja got 88835 votes. He defeated Karshanbhai Karmur of Aam Aadmi Party who got 35265 votes. Rivaba won by a margin of 5357 votes.

Of course, it is also a great success for Ravindra Jadeja, who has won Team India many tough matches with his performance.

When victory has been won, then it is necessary to express happiness. Expressing his happiness through Twitter, Ravindra Jadeja congratulated his wife Rivaba in a special way and thanked the people of North Jamnagar. Jadeja has put this post in Gujarati, whose Hindi translation is like this-

Jadeja wrote, “Hello MLA you really deserve it. The people of Jamnagar have won. I express my gratitude to all the people from the bottom of my heart. I hope all the works in Jamnagar will be very good. Jai Mataji.”