ICC made a big mistake regarding the post of ‘Player Of The Month’. 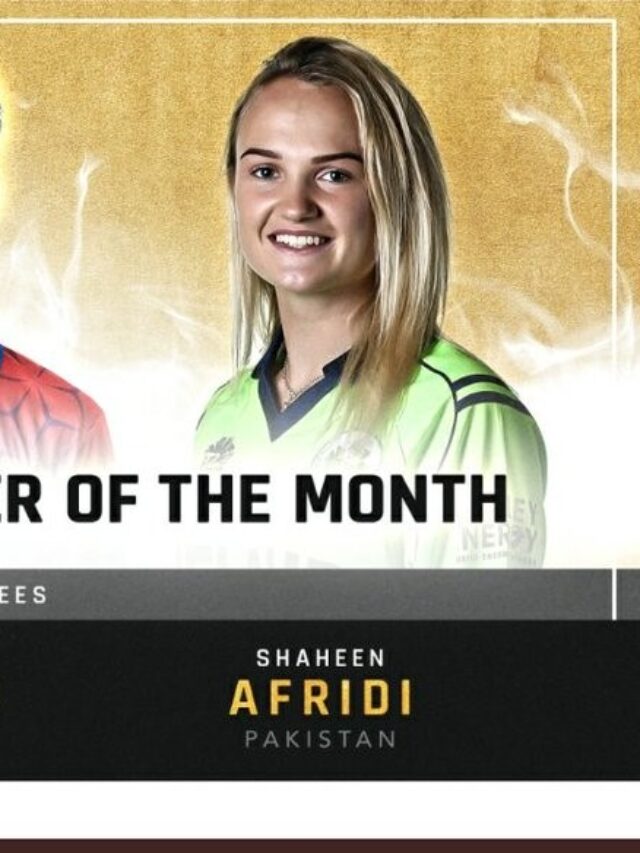 The ICC had revealed the players nominated for the ‘Player Of The Month’ for men and women cricketers on December 6. Tell the nominee. ICC had shared the post of both (women and men) through their social media. But it was too much for the ICC to share this poster. He made a mistake in that, due to his mistake people started trolling him on social media.

In fact, while sharing this poster, the names of men were written by mistake on behalf of ICC below the photos of women. People immediately caught hold of this big mistake of ICC and started trolling them. Three women cricketers have been nominated for the ‘ICC Player of the Month’. This includes Pakistani players Sidra Amin, Gabby Lewis of Ireland and Nattkan Chantham of Thailand. While sharing the posts of women players, the ICC had written the names of male cricketers.

In this poster, instead of Sidra Amin, the name of Joss Buttler, Adil Rashid in place of Nattakan Chantham and Shaheen Afridi in place of Gabby Lewis were written. Just this mistake of his became a punishment for trolling. Joss Buttler, Adil Rashid and Shaheen Afridi have been nominated among the men. This is how people reacted on social media to this mistake of ICC.